Brown was hired as an English teacher by the Local Prefectural Government of Niigata. Students asked him about the Bible so he opened his private Bible classes at his house. But at that time Christianity was still prohibited in Japan. As a result, he was fired. After staying in Niigata for just eight months, he went back to Yokohama.

Brown was involved in the first translation of the Bible into Japanese with another Dutch Reformed missionary Guido Herman Fridolin Verbeck (later, he became an adviser to the Meiji Government) and a Presbyterian medical missionary James Curtis Hepburn (later, he made the first Japanese-English & English-Japanese Dictionary) with Japanese assistants. Brown’s private school in Yokohama, together with other private schools, developed into Meiji Gakuin University today, the first private university in Japan. Kidder’s private school in Yokohama also developed into Ferris Women’s University today, the first private women’s university in Japan.

Christianity and mission schools started from the five ports in Japan, first opened port towns to foreign countries at the time of Meiji Restoration in 1868; Nagasaki, Kobe, Yokohama, Niigata and Hakodate. But mission schools in Niigata were short-lived by religious, political and social reasons. They could not survive at the tide of the big current change from Westernization of Japan to the imperial Nationalization of Japan at the end of 19th century.

Piling prayers and desires for restoring Christian schools in Niigata after the Second World War, Keiwa High School was at first opened in 1968 by UCCJ (United Churches of Christ in Japan) supported by United Methodist Churches in America and German Evangelical Churches, Keiwa College was then founded in 1991 supported by Shibata City, Seiro Town and Niigata Prefecture.

About120 years have passed since the first foot step of the Dutch Reformed Mission, a Methodist missionary and the second principal of Keiwa High School, Rev. John Moss advised Prof. Muneharu Kitagaki of Doshisya University, the first president of Keiwa College, to have an international relationship with Northwestern College.

Here I bring Keiwa College Booklet No.2, entitled “Young Men See Visions,” published in 1997, edited by me. Most essays are speeches by President Kitagaki and at its end Prof. VarderWerff ’s “Mission and Vocation” is included. This essay was presented at the second graduation ceremony when he was awarded his honorable doctoral degree from Keiwa College in March, 1996.

Prof. VanderWerff mentions at first Christian liberal arts vision common to both Northwestern College and Keiwa College. First, he indicates, that the sacred vision is for all the human beings “made in the image of God.” Second, the sacred vision is for the suffering human beings in disaster under the broken human relationship in the need to be restored. Third, students after their graduation are sent to the world in order to save the people and in order to reform the world, for these reasons our character must be brushed up and reformed. He concludes quoting Francis of Assisi’s “Prayer for Peace” and his own poem, ”Vision” of Heavenly Restoration.

A vision I have
Of earth’s inhabitants
The world made whole
Humanity healed
Sons and daughters reconciled
To God and their neighbors
Brothers and sisters gathered
Round the Messiah’s banquet. 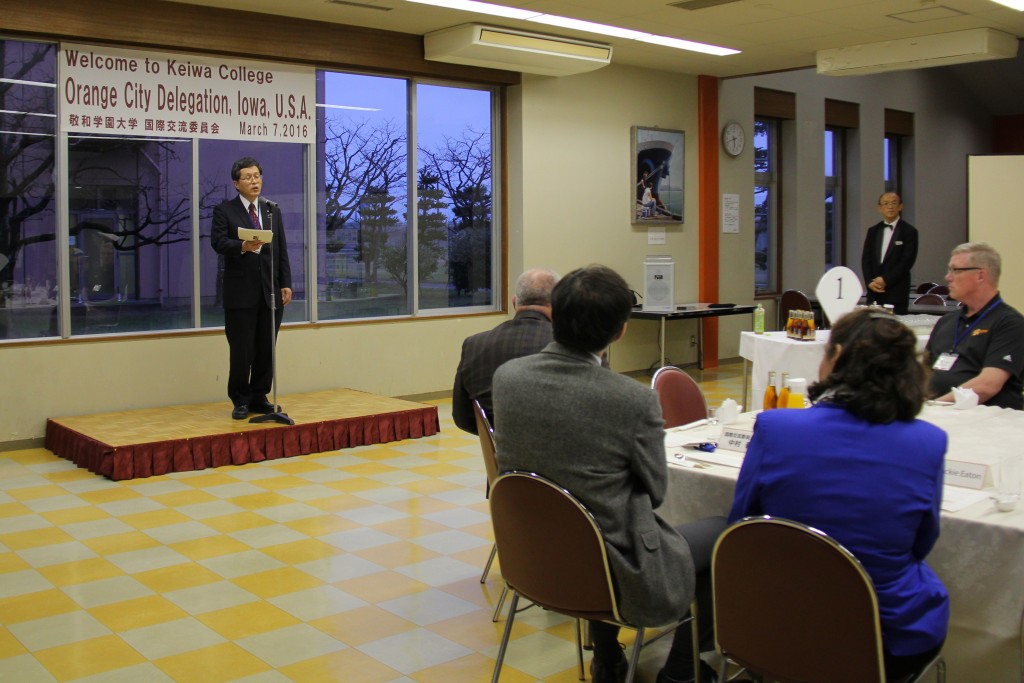